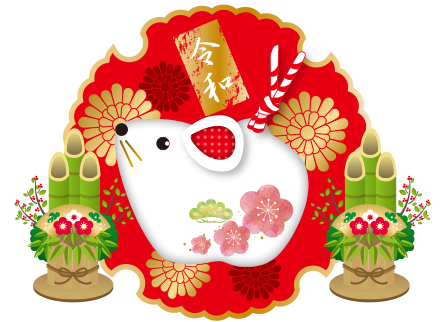 I want to wish all of you a very happy New Year. I hope that you have enjoyed a restful and peaceful New Year's holiday.

The past year has certainly been a memorable one for the Japanese people.

On May 1, a new Emperor ascended to the throne, marking the start of the Reiwa era.

The Showa era, which saw war and then restoration, gave rise to many industries and corporations. Huge, modern corporations that everyone recognizes now were established one after the other, and many prominent figures in the business world arose. At that time, the average age was still low, and it was an era where youthfulness significantly contributed to building the foundation of modern Japan.

This was followed by the Heisei era, which was an era of massive changes including the collapse of the bubble economy, the global financial crisis of 2008, workstyle reforms, the spread of smartphones, expanding digital technology, and a quickly aging society. In this social situation, people started giving more attention to diversity. This era also saw demands for significant changes not only in terms of technical developments, but also in terms of the human environment and way of thinking.

Now, what kind of era will the new Reiwa era be? I am sure that IT, digital technology, AI, and the like will become even more present in our lives. I also believe that diversity and globalization will increase even more, as befits this new era. In this era where it is said that 90% of jobs existing now will be replaced by AI in the near future, we must be more creative in our work, both as individuals and as a corporation.

Also, the Rugby World Cup was held in Japan. The world noticed Japan's welcoming spirit and the way Japanese people cheer for both our own teams and opposing teams. What most impressed me was the way rugby fans in Japan spread and carried out the idea to learn and sing the national anthems of visiting teams together. Furthermore, under the idea of "One for all, all for one" and "One team", teammates born and raised in different circumstances joined together to fight for Japan's victory. I was moved and inspired by that passion many times.

I felt that their attitude was truly the ideal for us, as we aim to be diverse and global. "Respect for one another", "Open and frank discussions", "Effort to understand one another", "Autonomy and spontaneity", and "Everybody joining together aiming for the goal" - I strongly felt that this is the kind of corporation I want to develop.

I believe the era we are entering will have a society where only those who adapt to changes can survive. To that end, I believe what our corporation needs is the "youthfulness" and "unity" used to create a new era like in the Showa era, and "various human resources" that can cover for one another's faults like the Japanese rugby team - in other words, "diversity promotion". As we carry that out, we must not forget to firmly ingrain our founder's essence of OMORI Spirits.

Our corporation aims to thoroughly adapt to the changes of the new era, continue to grow, and strive in the Reiwa era to continue to be a corporation needed by society. I thank you for your continued support and encouragement.

Lastly, I wish you all much happiness in the New Year.

Customers who have trouble with machine problems